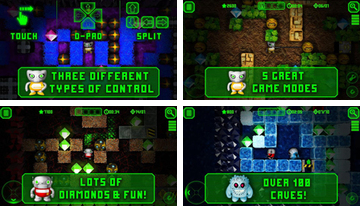 Classic continues to revive and an example of this is the game Boulder Dash-XL, one of the best pixel puzzles from the 80's. But for the present it is not passed, the schedule left, but used some cutting-edge technology, which she only looks old, but the negative feelings you are not from this experience. 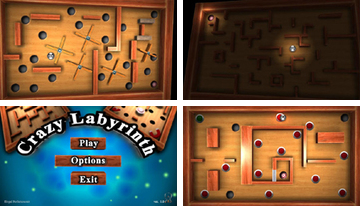 Crazy Maze is waiting for you in the game Crazy Labyrinth 3D, and do not think it's a play on words, a labyrinth is actually crazy! For you have prepared many wonderful levels, very interesting and unusual solutions, beautiful graphics and lots of other interesting things that will make you play it again and again. 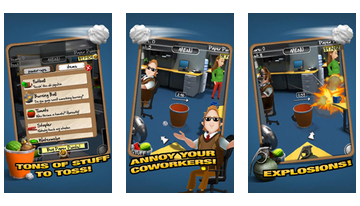 How to entertain yourself at the office? Great embodiment offers match Paper Toss 2.0, which represents the evolution of the first part. As before, you have to throw a crumpled paper into the ballot box, engaging in a simple but very exciting, many even prefer it to any other ... especially at work. 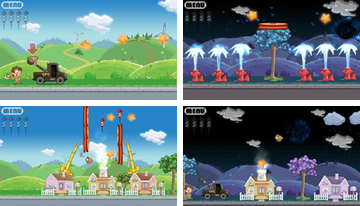 Postman Adventures game will tell you about a complex routine post courier, whose task on time and in full safety to deliver a parcel recipients. You have to work in a pretty small town, so small that it had been an innovative solution to deliver a parcel with a catapult! 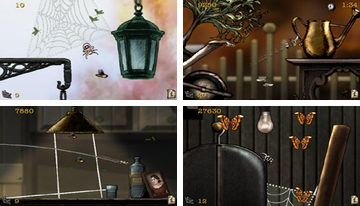 The game Spider: Secret of Bryce Manor is a great arcade game where the main role is played by agile spider, deftly moving on its cobwebs and boldly attacking enemies in any position. Small admixture of the puzzle makes the game not only entertaining, but also very interesting, so that a large number of awards quickly justified. 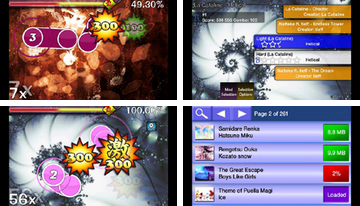 Do you like music? Possess a good ear and sense of rhythm? Then the game osu! Droid created especially for you, this is where you will be able to use all its qualities. Play a positive and addictive in its simplicity, which helps to spend time developing their musical talents. 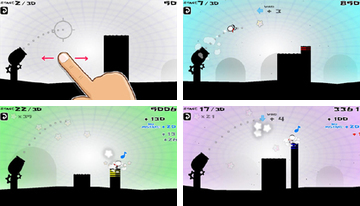 Game Flyyy! Hero is a fairly simple arcade which gives you the chance to meet a brave man who wears a red scarf and his hobby - to get into the barrel of the gun and to serve as a nucleus. By the way this profession actually exists and it can be seen among the circus. 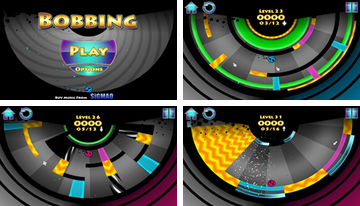 Bobbing game is a unique arcade game, featuring a very fast and exciting gameplay, easy touch controls and bright positive design. Switch between color and pass the levels, one after the other, play the rhythm of color and get a real treat! 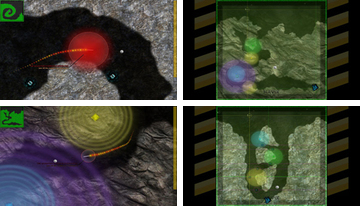 The game Earth Saviors unusual in many ways, one way or another, but it is about space that is already talking about a large number of puzzles and mysteries. In the second place it is worth noting one thing that relates to the origins of the script, so here was based on the very real dreams of children! 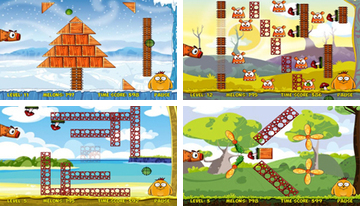 Game Melon Bounce is another representative of the genre of puzzles related to the most beloved among them - with physics puzzles. This game is perfect for both adults and young people, using the android, so swing and turn the brains! 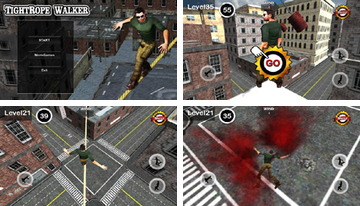 TightRope Walker 3D game created for those who are not afraid of heights and the incredible rush of adrenaline in the blood, because you will be processing is not a simple one. Your hero - a professional tightrope walker, moves at a height of skyscrapers on the busy streets of the big city. 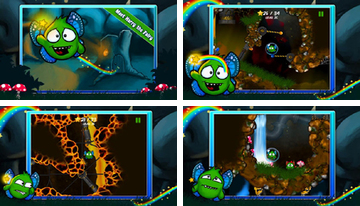 Game Harry the Fairy is a strange adventure fairy green, friends who are in trouble and need your help. Embark on a mystical and dangerous journey runs through the caves and other hot spots.